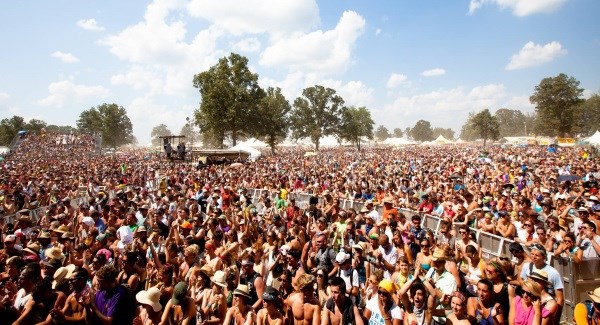 The Week in Music Festival Announcements

There have been a number of festival announcements this week from Galway International Arts Festival, It Takes a Village, All Together Now, Forbidden Fruit, Cork Midsummer Festival, Birr Festival of Music and more. See below for details.

Galway International Arts Festival (15–28 July) has announced that John Grant will return to the west for a double-bill with Villagers on 18 July. The festival has also already announced Orbital, BellX1 and The Academic. https://www.giaf.ie

All Together Now (2–4 August) in Waterford, now in its second year and already sold out, will also feature Grant as well UK indie rock act Bombay Bicycle Club and Russian activist group Pussy Riot. They join the line up alongside headliners The National, Patti Smith and Hot Chip. www.alltogethernow.ie

Cork Midsummer Festival (13–23 June) has just announced atmospheric folk act Saint Sister, who will perform at St Luke’s. The award-winning venue has already announced names such as SOAK, Mick Flannery and Joan the Policewoman for its summer line up. www.corkmidsummer.com

Body & Soul (21–23 June) has released the names of the acts who will be performing as part of RTE 2FM’s ‘Rising’, which highlights new and innovative artists at the festival. This year, Dublin grunge act Pillow Queens are part of the programme along with hip-hop artist ROE and rhythmic poet and rapper JYellowL. http://bodyandsoul.ie

Sligo International Chamber Music Festival (3–6 May) has announced a world premiere from composer Nick Roth, his Second Quintet for Accordion and String Quartet. The festival, which is curated by the Vogler Quartet, will also feature the Grieg Trio, Sharon Carty, Michael McHale and more. www.sligochambermusic.ie

In County Offaly, Birr Festival of Music (3–6 May), now in its third year, has announced that Crash Ensemble will open the festival. There will also be a dedicated exhibition of music and art curated by local artist Emma Barone. The theme of the exhibition is ‘Where Music Meets Arts’ focussing on the ties between music and art forms such as writing, photography and sculpture. www.birrtheatre.com

At Smock Alley Theatre next week (10–13 April) the Music Currentcontemporary music festival, curated by Dublin Sound Lab, will open with a concert of music by Frank Corcoran, followed over the weekend by performances by German iconoclast collective Stock11 and Swiss group Roller Trio. www.musiccurrent.ie

Carlow Arts Festival (4–9 June) have announced the Irish premiere of the full version of Max Richter’s Sleep. The piece is 8 hours in length and was written to be listened to during sleep. Attendees will stay in 100 pre-pitched tents on the grounds of at Carlow College where the performance will take place. https://carlowartsfestival.com

In Belfast, the 20th Cathedral Quarter Arts Festival will run from 2 to 12 May and features a number of gigs from the promoter Moving on Music, including Richard Dawson’s intriguing new experimental group Hen Ogledd and the poetry and electronic music of Hannah Peel and Will Burns, with their ‘anti-pastoral picture of middle-England’. https://cqaf.com

Scoil Samhraidh Willie Clancy (6–14 July) has announced that it will have a special tribute to Tony MacMahon on 9 July. It will be chaired by fiddle-player Liam O’Connor. The Breandán Breathnach Memorial Lecture on 6 July will focus on the work of the late Tom Munnelly and will be given by Prof. Ríonach uí Ógáin. www.scoilsamhraidhwillieclancy.com

Louth festival Vantastival, now in its tenth year, has shared the details of their returning ‘Road to the Main Stage’ competition in which selected acts compete for a headlining slot at the festival plus recording time. Artists such as rock act Don’t Fear the Natives, Galway songwriter Grainne Cotter, and lo-fi Cork trio The Burma are shortlisted for the competition and voting is now open to the public to decide who will compete at a live show in Drogheda next month. Full details available at www.vantastival.com.